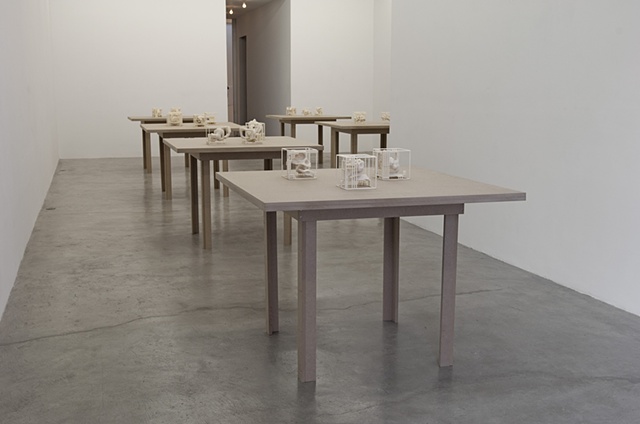 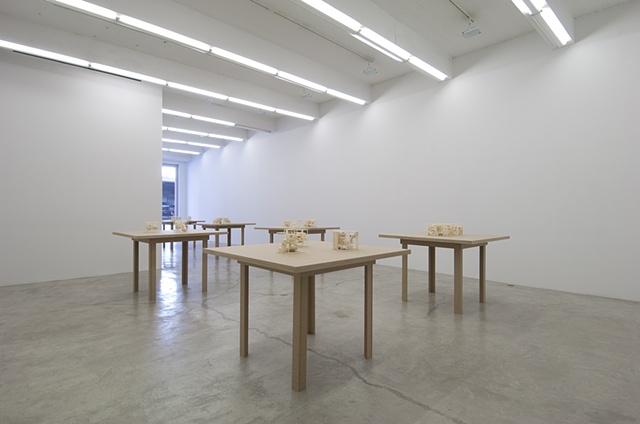 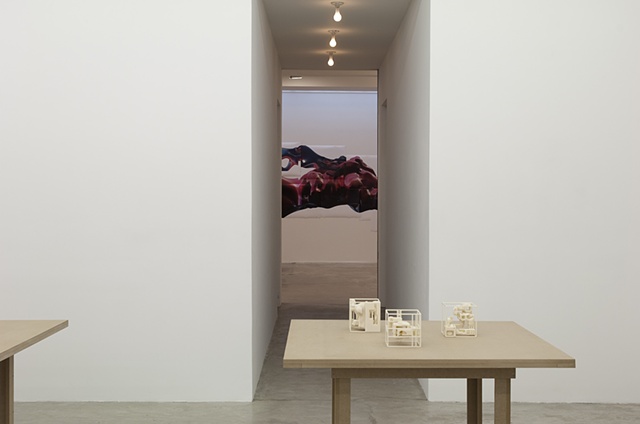 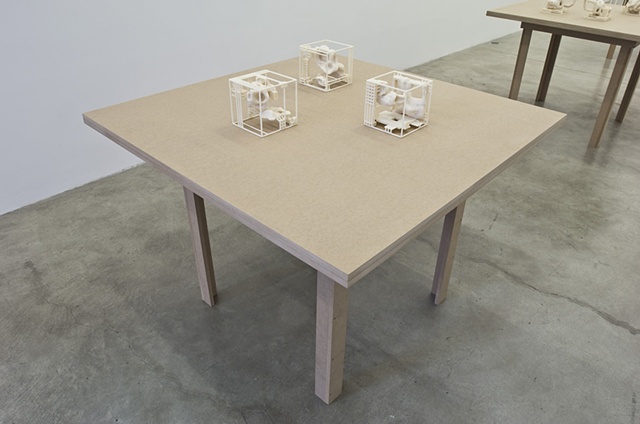 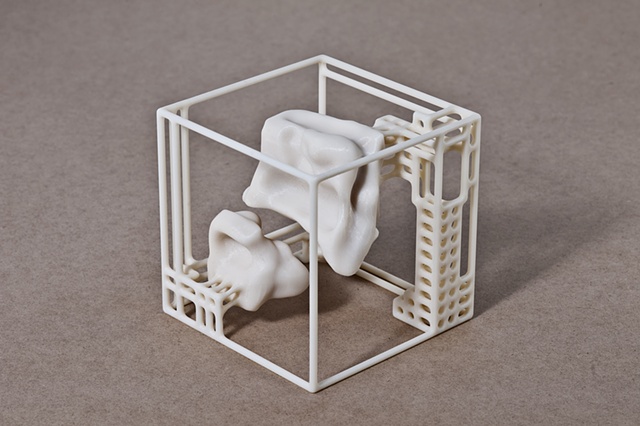 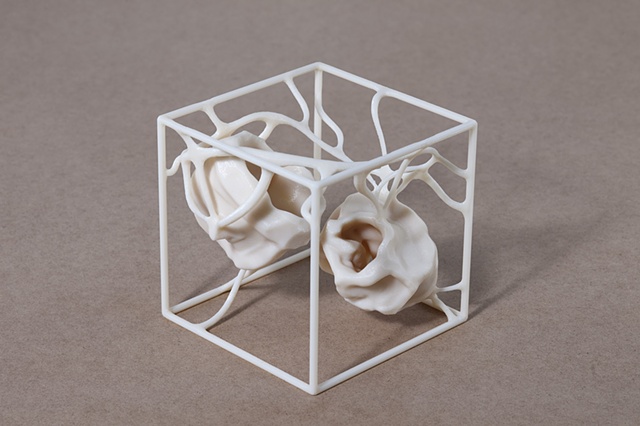 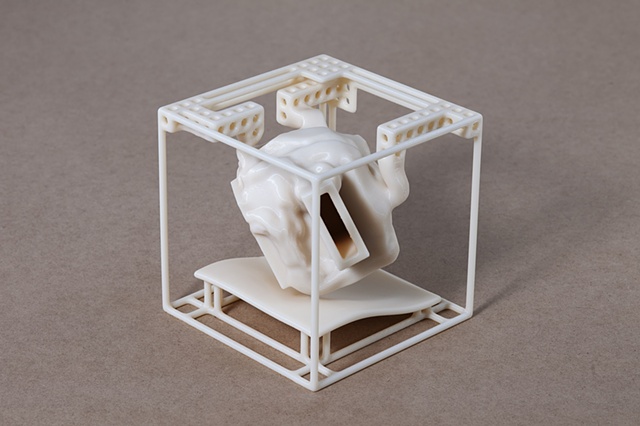 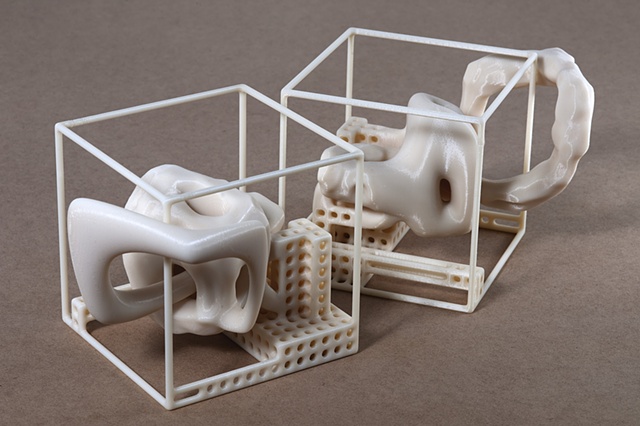 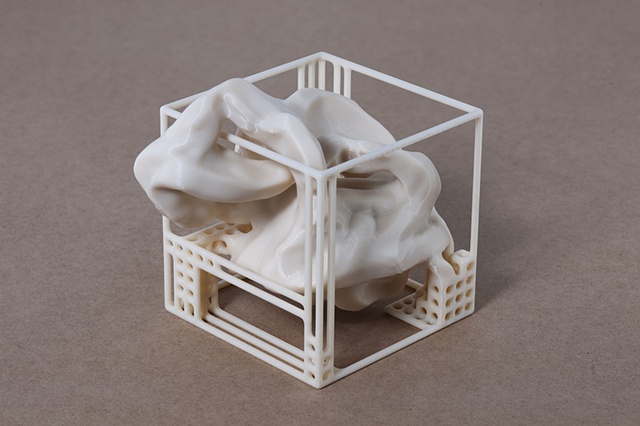 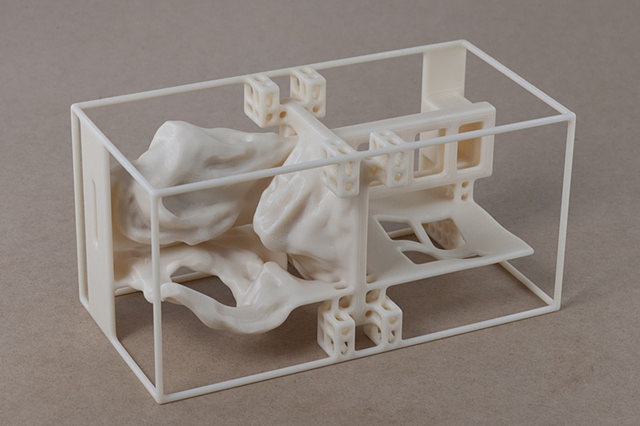 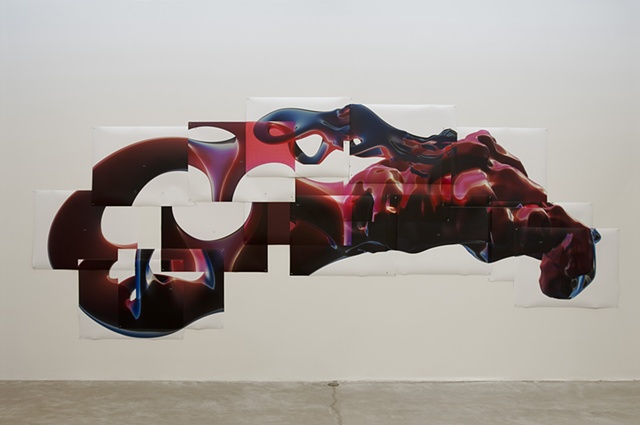 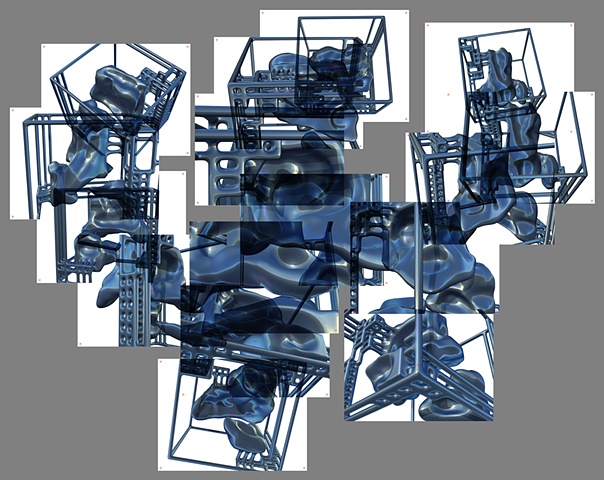 Albertini will be showing two new series of works: a group of sculptures fabricated in ABS plastic using the "fused deposition modeling" process and also several wall mounted, digitally printed, paper collages. Both the sculptures and the collages are developed on the computer using 3D modeling programs.

As with previous work Albertini references art history filtered by personal memory. In both these new series he appropriates a long out of favor modernist device: the "Space Frame", most notably employed by Giacometti and Bacon.

Albertini notes that, not coincidentally, the computer display or "view port" also functions as a space frame. This becomes apparent in the collages which are comprised of a series of multiple screenshots from the computer display and then recombined in a way that equates with the fractured, time lapse vision of Duchamp's "Nude Descending the Staircase" as well as his acknowledged photographic sources, the works of Etienne-Jules Marey and Eadweard Muybridge.

Bill Albertini, originally from Ireland, lives and works in New York. He has exhibited regularly in Europe and the United States, including: "Mergers and Acquisitions" at The Center for Contemporary Art in Atlanta, Georgia, and "The End(s) of Photography" at the McDonough Museum of Art.