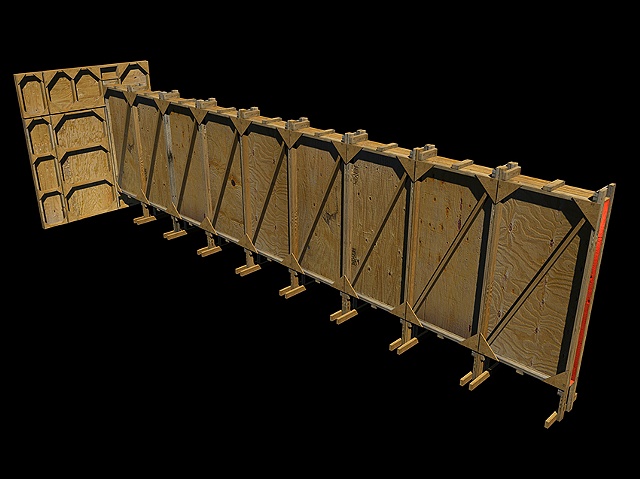 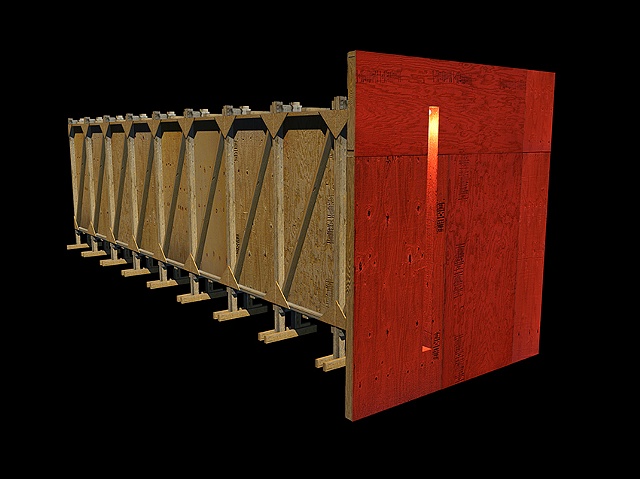 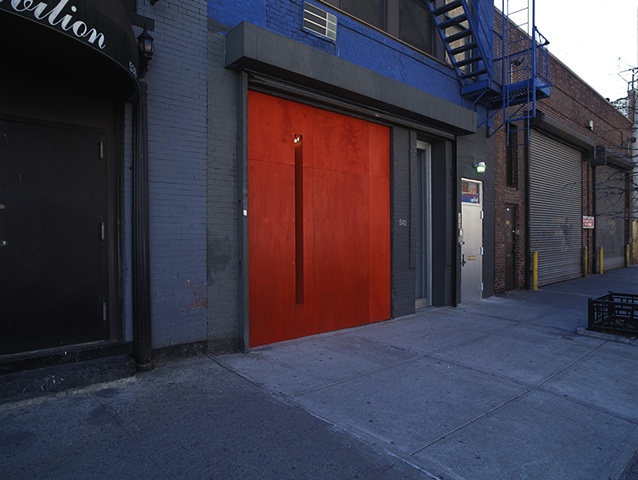 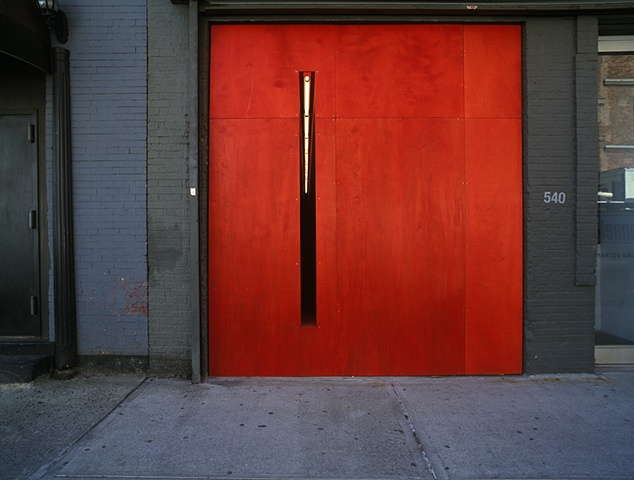 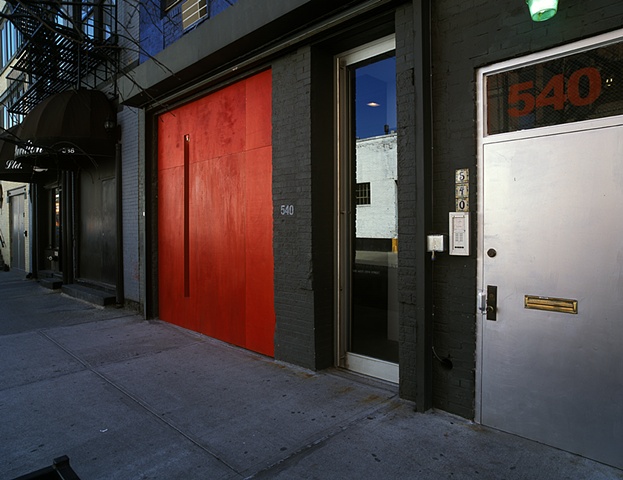 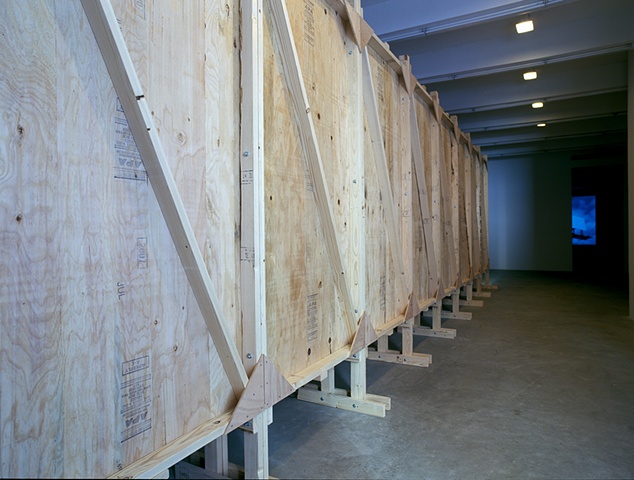 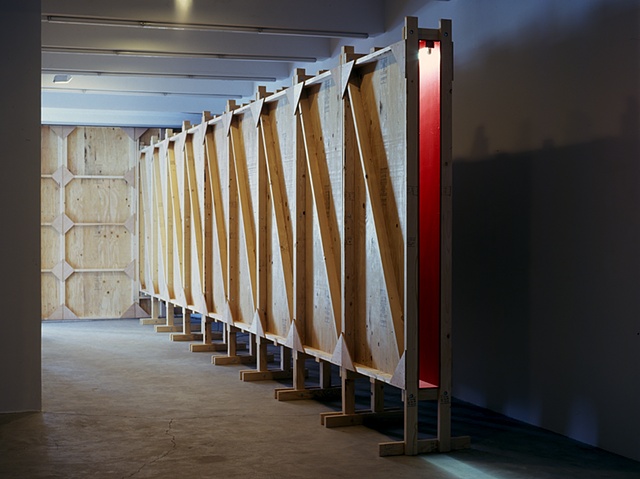 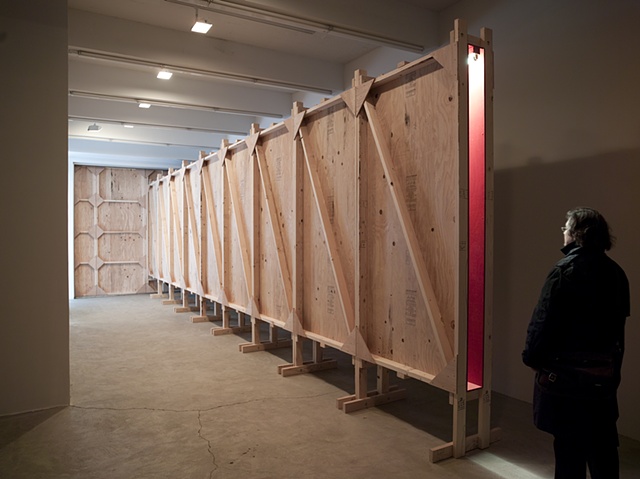 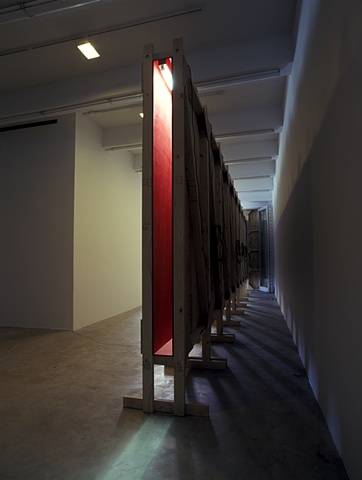 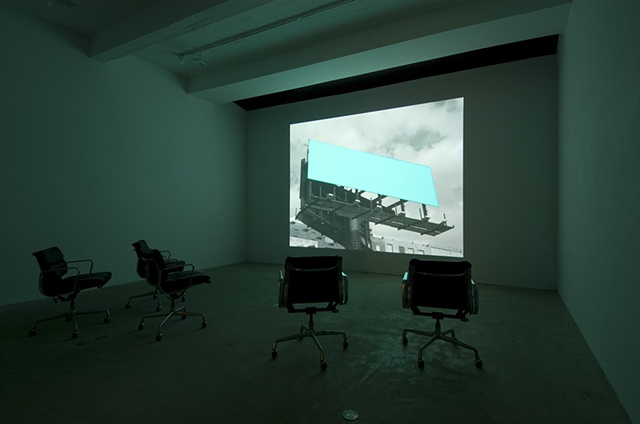 Watts Street Monople
Edition of 5. This is part of a series of works I refer to as "Video Interventions". In this instance I am blocking out the message of the billboard but maintaining its purpose as a center of focus. I also wish to emphasize the struct
HD Video Projection
Dimensions Variable 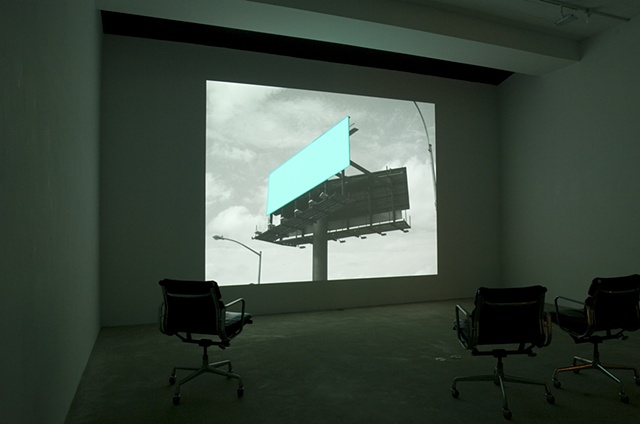 Watts Street Monople
Edition of 5. This is part of a series of works I refer to as "Video Interventions". In this instance I am blocking out the message of the billboard but maintaining its purpose as a center of focus. I also wish to emphasize the struct
HD Video Projection
Dimensions Variable

Structures and Façades March 20 – May 03

Martos Gallery is pleased to announce the opening of Bill Albertini's Structures & Facades, March 20th from 6 to 8pm.

"Structures & Facades" revisits a series of sculptures that Bill Albertini created in the early nineteen eighties. These works originated with his relocation to the US from Europe and consequential discovery of the very different method of house building practiced in North America.

Due to the extensive use of timber instead of stone or concrete, American domestic architecture can be divided in two distinct components: The structural frame, made out of wood or steel, and the thin panels of various materials, which comprise both the interior and exterior facades of the building.

Albertini's interest focuses not only on the practical methodology used to assemble American domestic architecture, but also on these elements (structure, facade) being the essential components of the free-standing billboard and the "flats" of the traditional stage set and how the house often seem to share the same purpose of the billboard and stage flat which is to project what the owner/occupant wants it to present.

Bill strips the purpose of facade, and focuses equally on the structure that supports it in "Watts Street Monopole" (2007), a six minute video shot with a hand-held camera, where the subject is one of the ubiquitous steel billboard structures perched atop a single mammoth pole or pipe, which have become the outdoor advertising norm over the last two decades. The video is in black and white except for a turquoise trapezium, which obscures the "message" of the billboard. With this simple cinematic device Albertini gives equal importance to the two components of the billboard, the structure and the facade.

"Red Corridor" 1982-2008 is the adaptation of a site-specific installation from 1982 to the peculiarities of the Martos Gallery. Albertini plays with the property of the façade to create an illusion of what is behind it by creating a wall with a slot-like aperture that from the exterior, appears to be part of a solid volume. However, upon entering the gallery space this illusion of solidity disappears as the structure is exposed. The way in which the piece is revealed makes the spectator rely on the memory of the structure or the facade in order to envisage the whole.

Bill Albertini was born in Dublin, Ireland. He lives in New York City and his work has been has exhibited extensively in NY and in Europe